– A lot of first time visitors aren’t quite sure what to expect when first arriving in the capital of exotic Thailand, and some may be disappointed by their first impressions on the way into town – endless high rise buildings, busy expressway flyovers and billboards of western companies advertising in English.

Yet while Bangkok has undoubtedly embraced westernization and modernization, you only need to look a little under the surface to see that it remains undeniably a Thai place at heart. In between the skyscrapers and sophisticated shopping centers there’s still the remarkable Wat Phra Kaew and the Grand Palace (pictured), the Temple of the Dawn and many more. Traditions live on too: don’t be surprised, for example, to find a large dedicated spirit house built for good luck alongside almost every major building, or to see files of Buddhist monks making their early morning alms round – and it’s surely one of the only major cities in the world where seeing an elephant paraded round the streets hardly even ranks as being unusual. 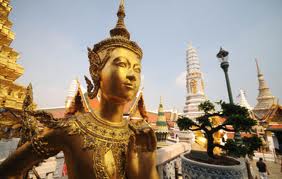 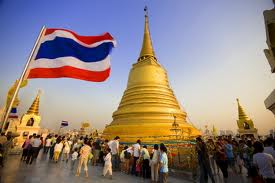 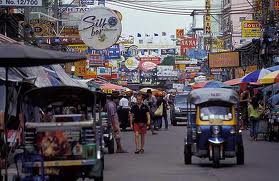 Sadly, these combine to make the traffic jams and pollution that Bangkok is justifiably world famous for. The seemingly permanent rot dtit (traffic jam) is a fact of life in Bangkok, and makes simple journeys that should take 20 minutes end up over an hour, even out of rush hour. The relatively small number of roads, the annual floods in September and October, and the hundreds of new cars flooding on to the roads every day don’t help matters much either. 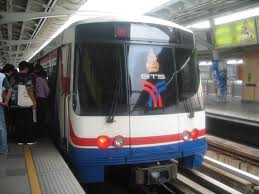 However, Bangkok’s impressive skytrain and new subway facilities combined now cover much of areas of the city a visitor is likely to go to and provide a convenient way to bypass them.

The Good Side of Bangkok 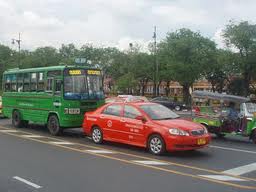 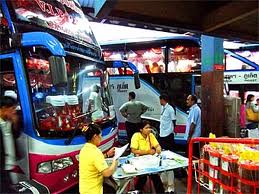 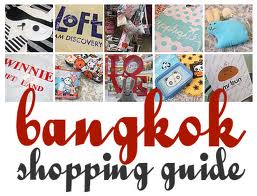 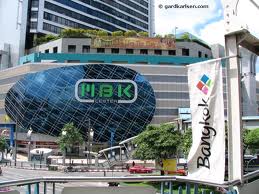